When you think of Cinco de Mayo, a mirage of sombreros, margaritas, and chip & salsa probably come to mind. But do you even know what you are celebrating, besides winning the prize for pinning the tail on the donkey? Before you have a “best guac recipe” contest, here are some things you should know about the 5th day of May.

Most people think that Cinco de Mayo is Mexico’s Independence Day. It is not, that day is September 16. May 5th has become much more of an American-made holiday to indulge in Mexican fare and has little to do with the true meaning in Mexico.

Cinco de Mayo is mostly observed in the Mexican state of Puebla. It commemorates the battle of Puebla, where outnumbered Mexican forces defeated the invading French army. This victory against Naopolian III, became a symbol of Mexican resistance to foreign domination. Had the French won at Puebla, some contend, the outcome of the American Civil War could have been much different, as the French and Confederates together could have taken control of the continent from the Mason Dixon line to Guatemela, installing an oligarchical, slave-holding government.

So just keep in mind, when you are dancing to mariachi and eating tacos, it’s not to commemorate Mexico’s independence. It’s more of a day to celebrate Mexican culture. 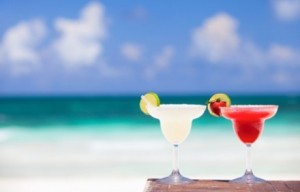