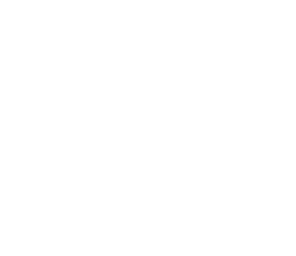 Cenote, that is a familiar word, right? Well, maybe not. Unless you have traveled extensively on Mexico’s Yucatan Peninsula or have lived here, the chances of you knowning what a cenote is, let alone how to pronounce it, are slim. Cenote, pronounced, /sɛˈnoʊteɪ/, is a cave that collapsed upon itself thousands of years ago. Filled with stalagmites and stalactites, these geological phenomena do not sound much different from other caves.
READ MORE

It is low season. This is the time many take advantage of the low-season vacation deals while others miss out by staying home. Maybe those who chose to stay home fear hurricane season or it is simply because they don’t want the chance of rain to spoil their sunbathing time. Regardless, there is one more natural phenomenon that takes place this time of year, crab invasion. No, it is not a reason to avoid travel but it is absolutely fascinating and rather endearing.
READ MORE

The Yucatan Peninsula, a place full of natural beauty and ancient culture, is home to the popular vacation destinations, Cancun, Riviera Maya and Cozumel. With the birth of Cancun in the early 1970s there was a great boom in tourism causing the region to grow at a rapid rate that may have been too fast for its own good. It was in this era of the 1970s that not many places throughout the world were actively concerned with environmental protection, perseveration or sustainable living. However, in retrospect, like many other vacation destinations, the Yucatan Peninsula has seen the light and has become very active in these missions.
READ MORE

Dreams do come true. This is especially the case for children with special needs living in the Yucatan Peninsula. Thanks to Hacienda Tres Rios Nature Park and Spa in the Riviera Maya and the Mexican television network, Fundación Televisa, a group of special needs children were given the opportunity to partake in outdoor and adventure activities not normally available to them.
READ MORE

It employs all five senses simultaneously or one by one. It brings out the inner child and reconnects you with nature. It is the sense adventure tour at re Hacienda Tres Rios Nature Park and Spa in the Riviera Maya. Taste, touch, smell, sight and sound are engaged as Mr. Gerardo Carrera Saucedo and the sense adventure team takes you on an adventure like no other.
READ MORE

It is officially hurricane season and as the sailors say; June too soon, July stand by, August look out you must, September remember, October all over. With one month down and three more to go, this means fewer tourists and better travel deals to Cancun and the Riviera Maya. The chances of getting stuck in a hurricane or tropical storm while on vacation are low but there still are a few tourists willing to take the small risk.
READ MORE

Despite research efforts and studies of the natural flow of the ocean current in the Gulf of Mexico, tourists and residents are still worried about the BP oil spill reaching the pristine white sand beaches in Cancun and the Riviera Maya. Scientists predict the flow of the spill will travel up the eastern coast of the United States, later to be pushed towards Europe. It is unfortunate but regardless of what country you are from and where the oil will land, we all should be concerned and we all should make an effort to help.
READ MORE